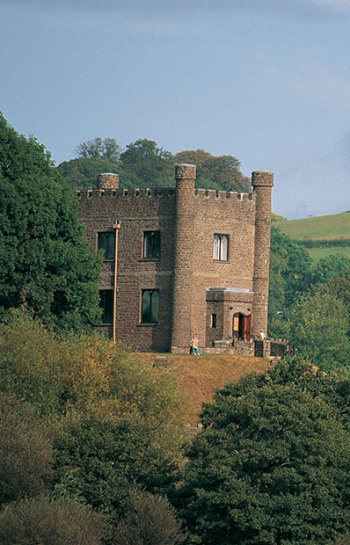 Abergavenny is a naturally fortified castle site located above the River Usk. Thought to have been originally fortified during the bronze and iron ages, it became the location of the Roman fort ‘Gobannium’ before the Normans built their castle on it on order of William the Conqueror in 1075.

Within the walls, can be found a circular mound, which is the oldest part of the castle and is attributed to Hamelin de Ballon (a Norman conqueror of the area around 1090) who threw up the Motte before the stone walls were build some time later.
The Castle has a turbulent history. In 1175 it was the site of the ‘Massacre of Abergavenny’ whereby William de Braose, the Lord of Abergavenny, decided to avenge the death of his wife's brother Henry. He did so by summoned his own eldest son, Geoffrey, and other leading local Welshmen, to the Castle on the pretence of hearing a royal proclamation. He then had them put to death when they expressed disapproval of the proclamation.

The Castle was attacked in 1182, following William de Braose being defeated in battle and Dingestow castle (towards Monmouth) destroyed. During the 12th century control of the castle passed back and forth between the Welsh and English as the ‘Marches’ changed hands. 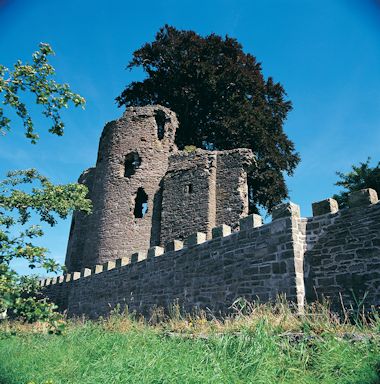 It was during the 13th and 14th centuries that most of the building work was completed. Though the Castle was sacked in 1233. This time by Richard Marshal who was in alliance with the Welsh leader Llewellyn the Great.

The town and Castle of Abegavenny were also attacked, sacked and burnt during the rebellion of Owain Glyndwr in the 15th Century. Though the Castle did manage to fend off an infantry attack around that time, which perhaps reflects the view that a small garrison of archers and men at arms could often defend a Castle against an army such was the advantage provided by its walls and vantage points.

The Castle also saw action during the English civil war when it was slighted to prevent it being used by enemy forces. Enough remains of the Castle to confirm that, in its hay-day it must have been impressive with very high walls.